I knew I was going to like this city once I read it contains over 800 buildings in Art Nouveau style. The biggest metropolis of the Baltics has tradition and on-trend settings, memorable walks will make you want to stay. Riga is perhaps the only capital in the Baltics I could have stayed a bit longer. To be honest, my time there ended up being limited, as I went to Sigulda and also did a quick stop in Jurmala. Riga has plenty to do, beyond walks in beautiful medieval streets and standstills in the walkway in amazement towards the gorgeous Art Nouveau ensembles. 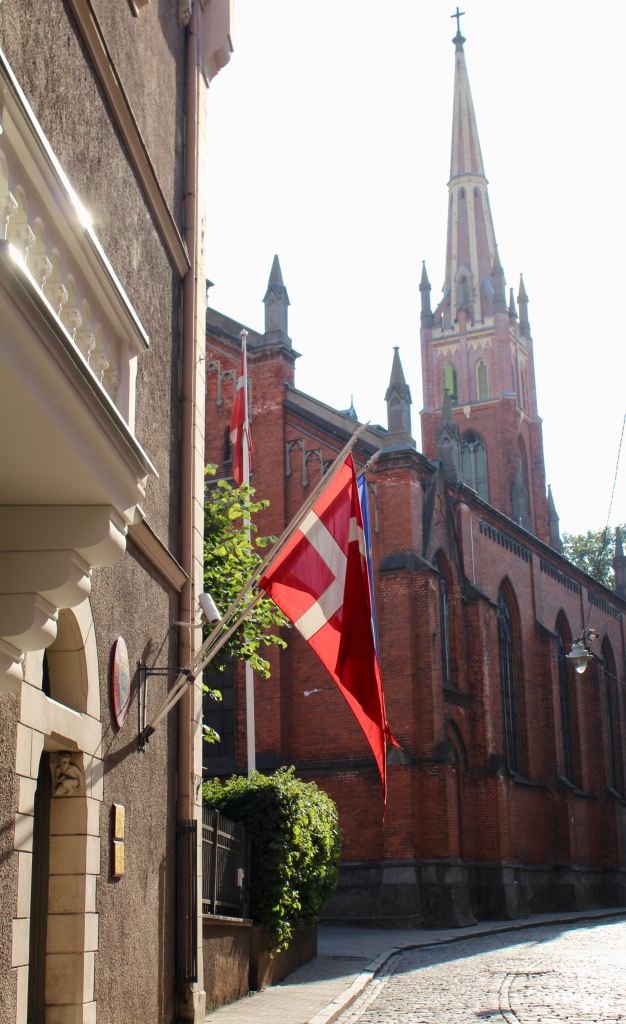 My photographic excursion in Riga was mostly limited to its exterior which is already quite a lot. The city is definitely easy on the eye and I think walking in its streets is one of the best ways to get to know it.

The city of Riga was born German in 1201, and snatched by Sweden in 1621, when it grew into the largest holding of the Swedish Empire (yes, bigger than Stockholm). The Russians came later and introduced the industrial revolution in the city. But it was in the 20th century the city blossomed. Cafes, dance clubs, salons and cultural developments. It became fancy, and it perdured until after the country finally became independent in 1918.

However, something I’ve learned during my stay in the Baltics, happy endings are hard to find around here. After the WWII, the Soviet occupation ended all the partying and culture thrive in the city. The war left the city destroyed, the Germans had left and the Jews had been murdered during the Holocaust. 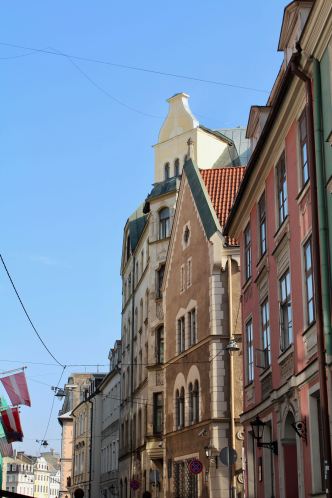 Despite all this, Riga seems to have recovered a lot of its old splendour. I got lost in wonder and lust for this city and for times gone by. Again I felt nostalgia for a past I never lived. I wanted to absorb all of it, to emerge myself in it and just live in that illusion.

I walked within old Riga without an itinerary, getting lost without concerning myself. I did get a bit dizzy after a while, not sure if because of crooked alleyways or uneven cobblestone flooring, or just because I couldn’t stop looking up in wonder to the beautiful architecture I was seeing around me. 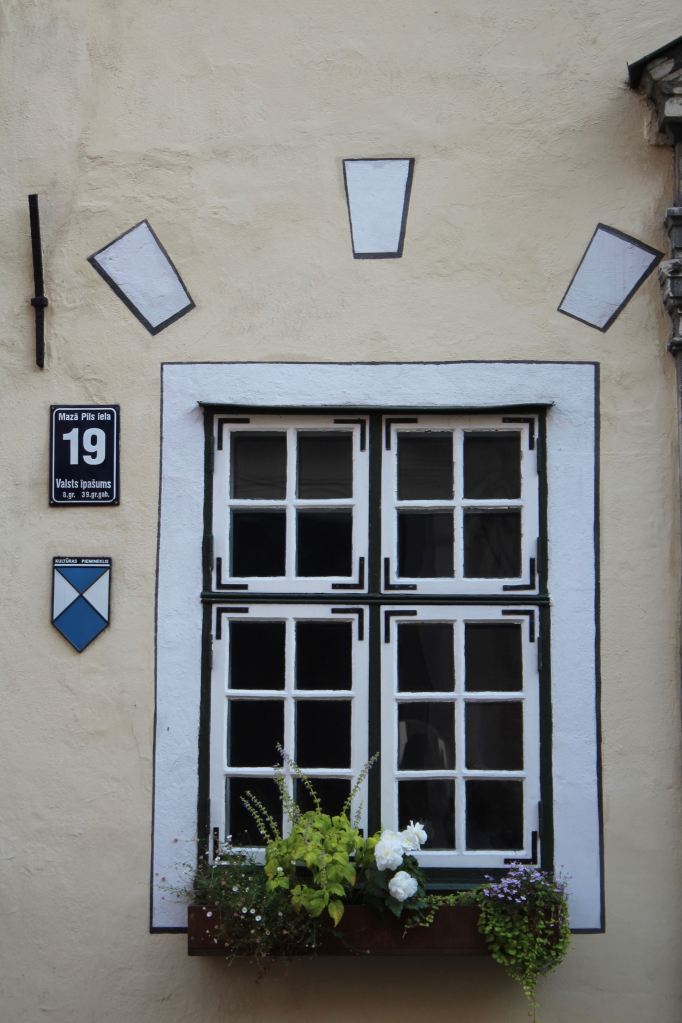 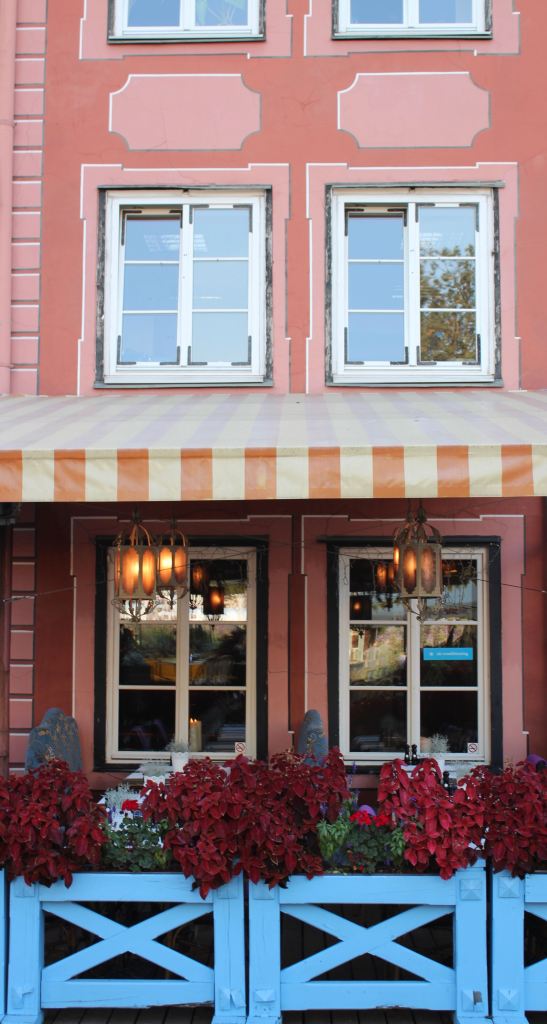 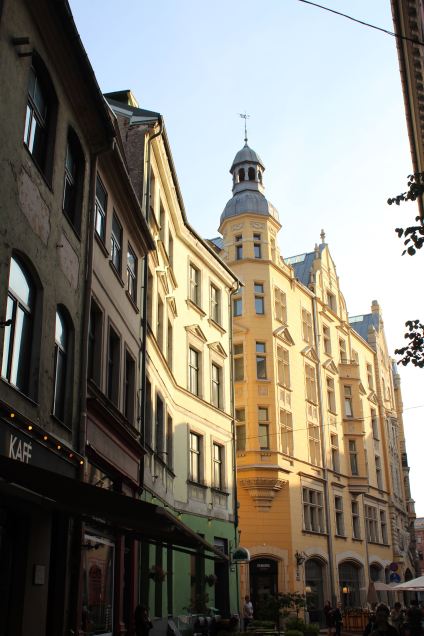 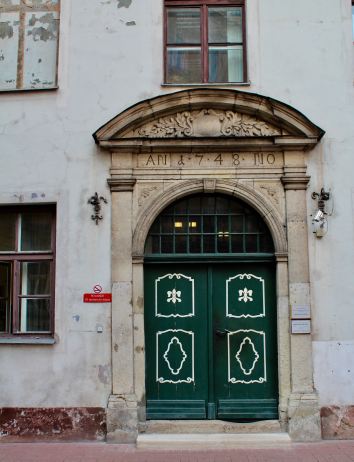 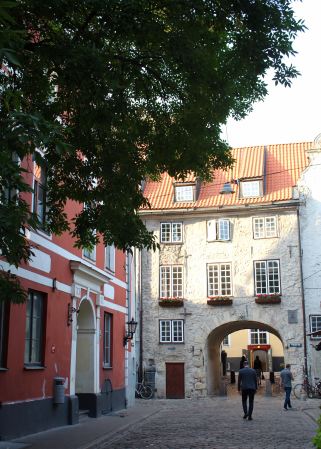 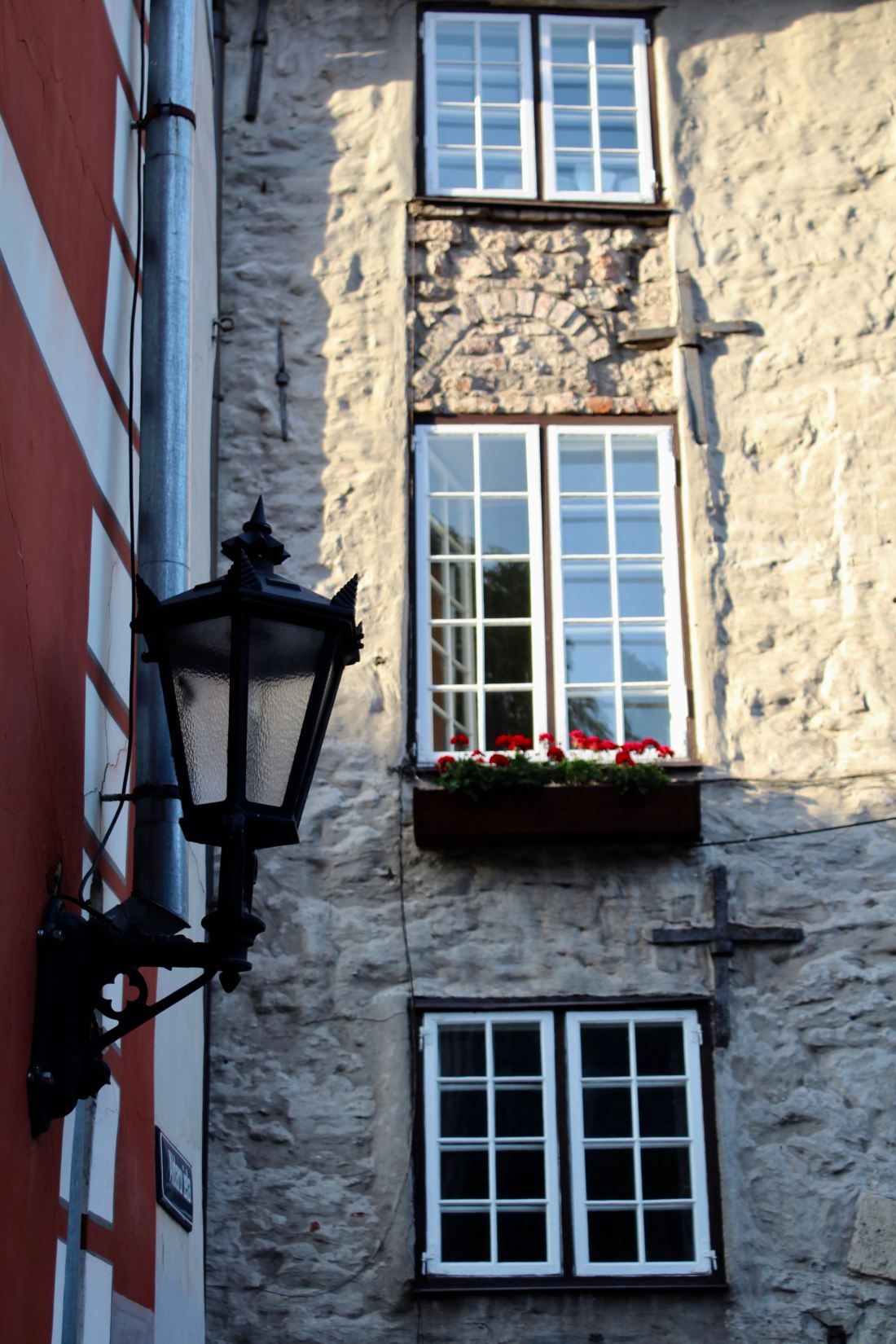 A fraternity house of the old times, built in 1344, for the Blackhead Guild. It was basically a club of German unmarried merchants. The existing house is now a replica of the original, destroyed during the war. 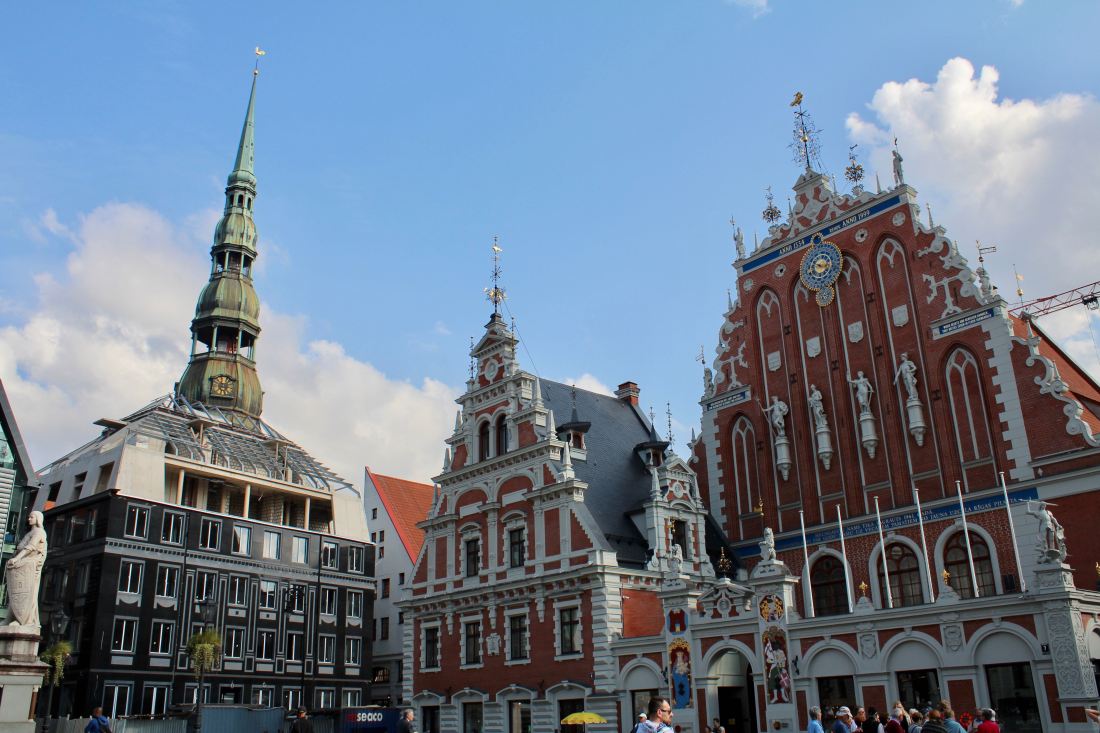 The house was known for its wild parties, as expected. On a cold Christmas Eve in 1510, a group of bachelors mounted a great pine tree in their clubhouse and decorated it with flowers. At the end of the evening, they burned the tree, causing an impressive scene. This is where the tradition of decorating a tree has come from. Thankfully the burning bit didn’t catch.

Gothic style church is around 800 years old, making it one of the oldest medieval buildings in the Baltic.

This neo-byzantine style church was built in 1876. It survived two World Wars but it was for a time closed by the Soviets in the 60s, who didn’t like religion. It was instead a Planetarium, the Republic House of Knowledge. It reopened as a cathedral in the 1990’s. 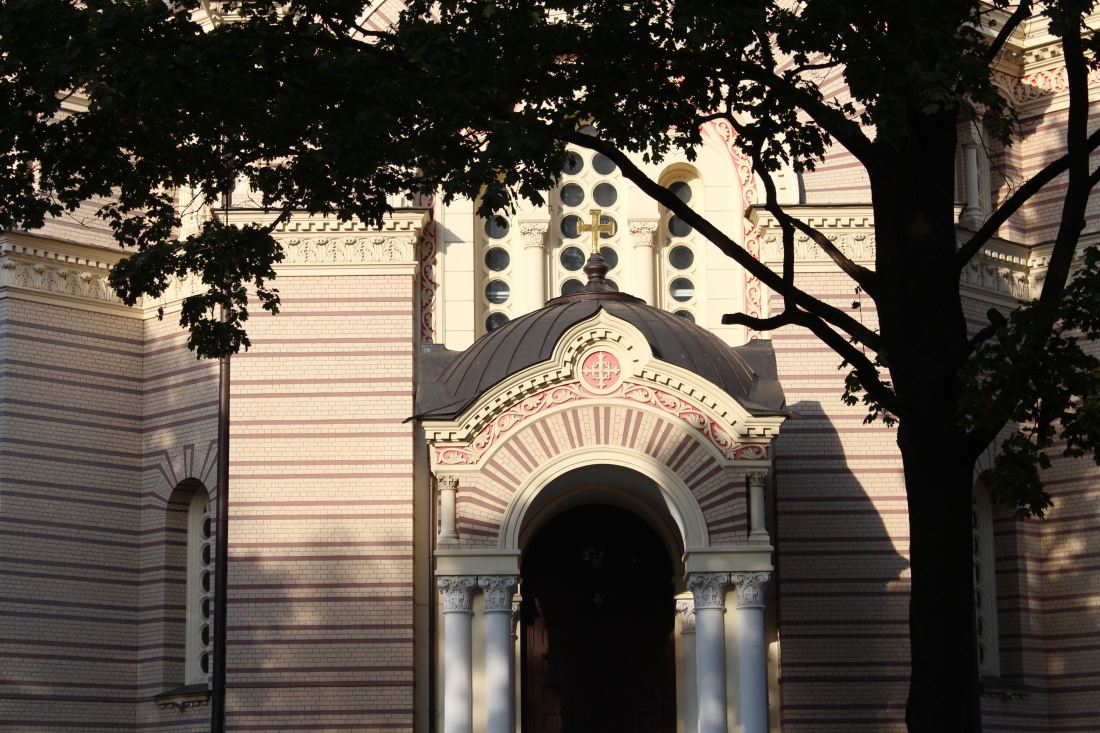 It’s a symbol of Riga, the apparently angry black cats on the top of the turrets of this building. The legend says the owner of the building had been rejected from the Great Guild across the street and planned his revenge by having the cats’ butts turned in their direction. Outraged, the members of the Guild put the case into court. After a lengthy process, the merchant was admitted into the Guild under the condition the cats were turned in the opposite direction.

A line up of different architectural styles in Old Riga. No 17 is over 600 years old.

The museum has a stunning interior and an amazing collection of Art by Latvian artists. You’ll find masterpieces from different eras and movements, and moreover, learn how the Baltic’s agitated History affected the artistic life and the artists’ object. 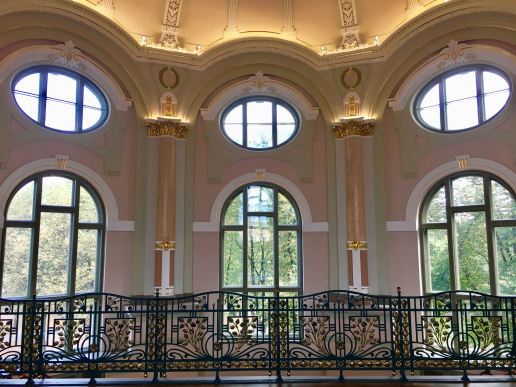 Riga has a huge collection of Art Nouveau buildings, and I photographed so many of the details I was found along the way that is only fair I had a dedicated post for this. However, I can leave a small tip here: to see the best head to Alberta street. And to have an insiders sneak peek visit the Art Nouveau Museum located there.

5 thoughts on “The Baltics: Riga, Latvia – the queen capital of the Baltics”