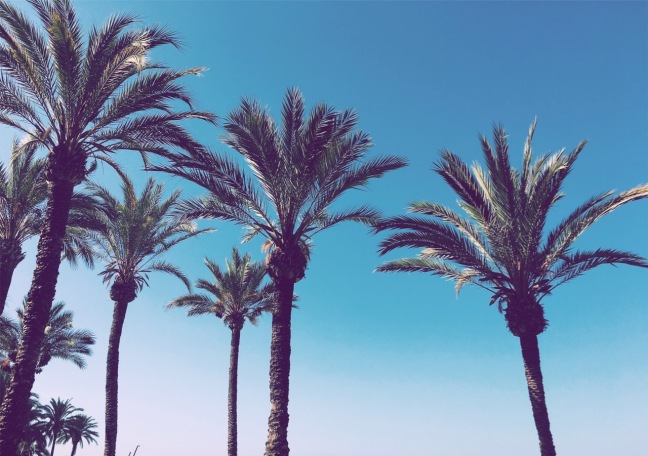 I have mentioned before that I live thorn between land and sea. I grew up relatively near the ocean, and Summer always meant endless time at the beach: as a child building castles and running in the sand, jumping around in salty puddles and jumping amongst small waves when the ocean allowed it; as a teenager making sure I was getting the best tan, but also investing in some sort of amateur bodyboarding because it looked cool; and finally, as an adult, both sunbathing, diving and swimming in the ocean when it allowed and having great walks until sunset. 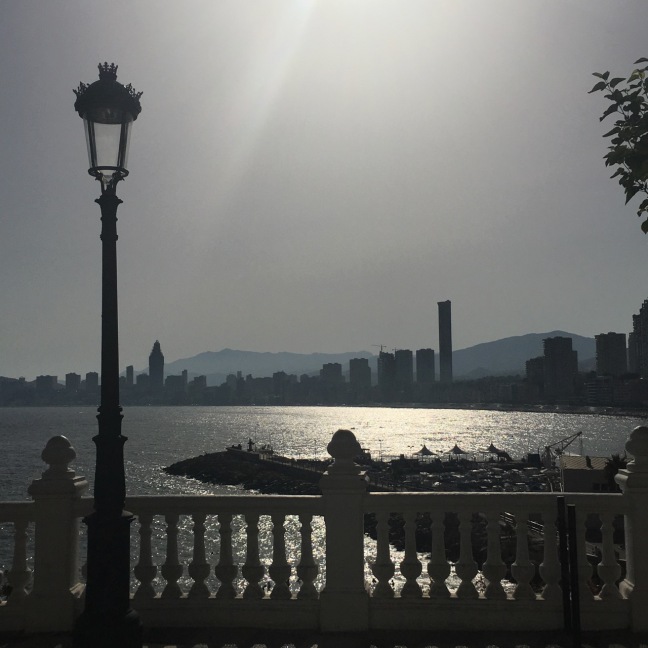 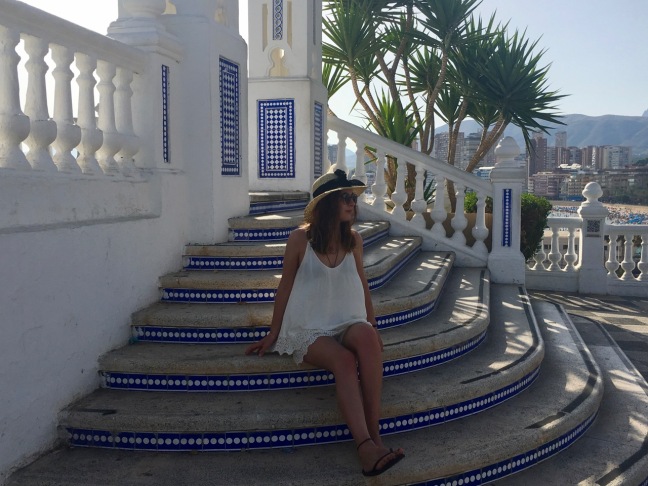 I took two weeks off work, and went back home in Portugal for a few days. This time, my family and I took it to another level. Let’s drive to the south of Spain. Let’s spend some days in Benidorm (I must add here it was about 12 hours by car to get there).

I must confess my expectations were not high. To be completely honest, for this trip all I really wanted was to lie all day and do nothing. Good weather, drink and eat well, not caring about a damn thing in life. I haven’t had proper holidays pretty much for almost a year (it’s my fault, as I have been using my days off to travel around and we all know that’s not really relaxing but tiring –  in a  good way though), so I intended to do the less I could possibly do.

I must say it was wonderful, it was so hard to get back to real life. It was sunny and extremely hot, with temperatures reaching 38º during the day, and at night I never had to wear a jacket or put on jeans! Temperatures would drop to 25º at night, the dream for any proper summer vacation. 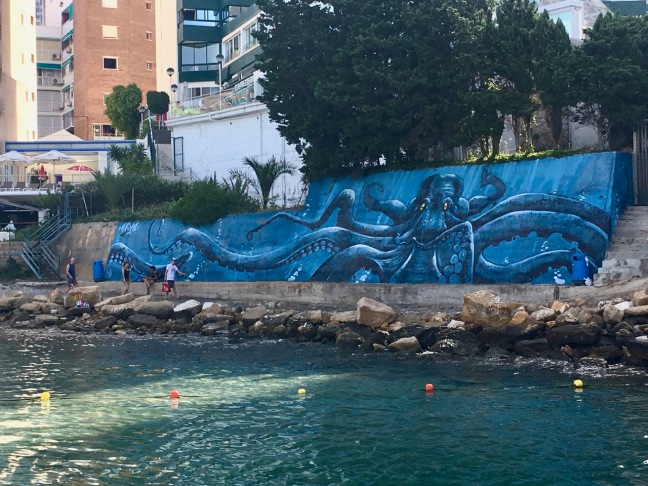 Adding to that, Benidorm is gifted with a beautiful coastline. The Mediterranean sea in those bright blue and green colours, the dominance of huge buildings, and then right behind it the mountains. Majestic, marking its position before the submissive sea. 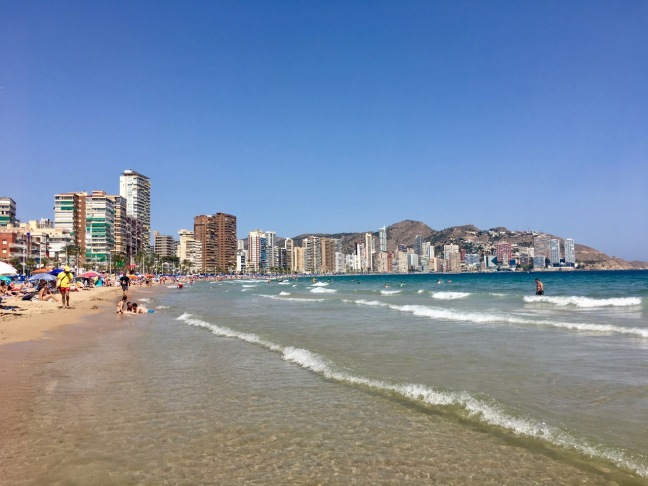 Obviously it was too hot to stay in the sand for too long, but luckily the Mediterranean Sea was just there to embrace me in its fresh but tepid blue waters, where the fishes swam around us. Where I come from, the sea is wild and dangerous, so even if it’s really hot you have to be lucky to be able to dive in the ocean. With the Mediterranean, that’s not a problem, unless a storm is approaching. I bought some snorkel equipment and was able to see some of that natural aquatic flora and fauna. 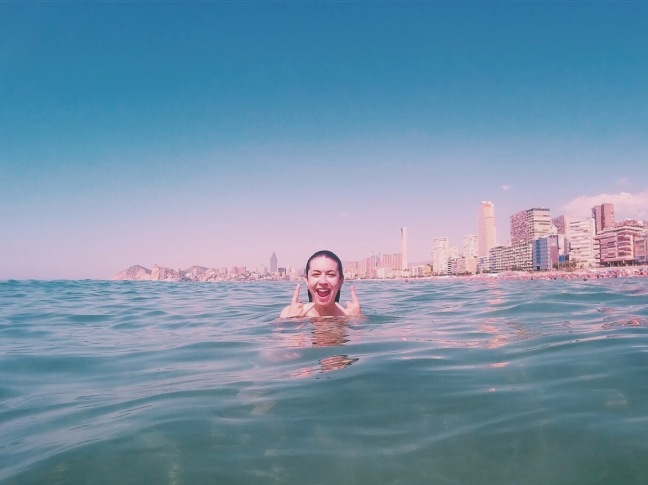 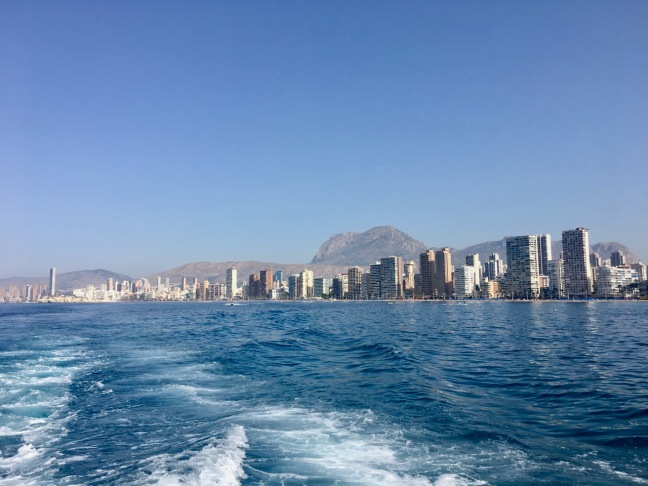 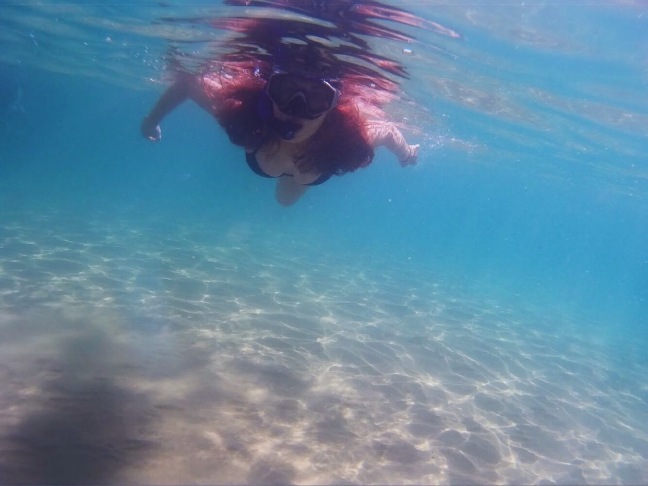 In the coast, you can see a huge rock in the middle of the sea which is actually  called the Island of Benidorm. I wanted to go there, and had already done some investigation. My parents were very skeptical about it. After all, when you look at it, it’s just a rock, what could they have in there worth the trip? Well, everything. For only 15 euros you get a boat trip from Benidorm’s Old Town that will take you to the island showing you an amazing panoramic view of Benidorm’s coastline that you would miss otherwise. Also, this same price includes another trip around the island in Aquamarine, a semi-submarine boat where you’ll be able to see marine fauna and flora in its most natural habitat. 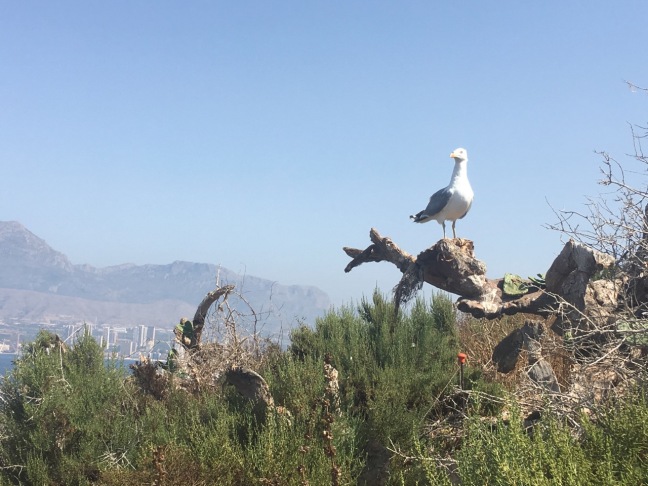 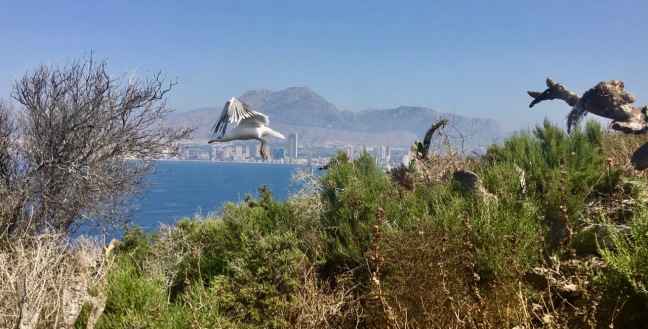 The Island of Benidorm might seem like just a rock, but that rock is the home of loads of specimens. The seagulls are clearly the regents in there. There is a small trail you can take until the top of the rock, where you’ll find a breathtaking view. I felt I was one with the ocean. It was such a freeing feeling, it always is, to feel so small and not in control of anything. 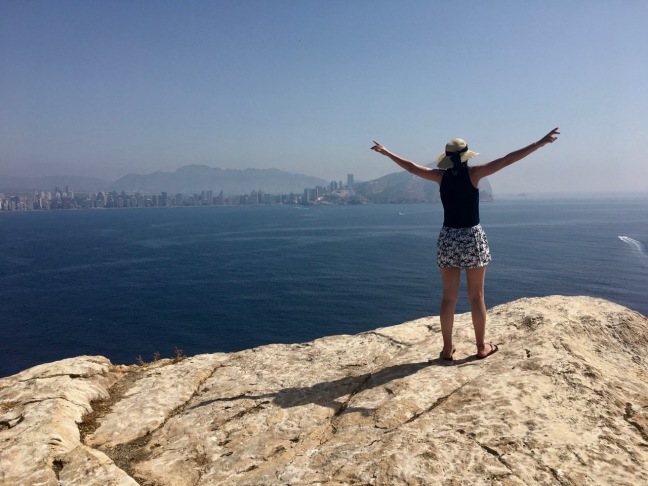 The island doesn’t have a beach, but there is a small opening that allows you to sit by the sea and swim in there. However, you must be careful, as the ground is very steep and slippery. I was determined to go do some snorkeling, and as I am a disaster of a human being, I am not sure how was I able to not fall. I did my snorkelling and saw colourful little fishes around the rocks covered in corals and seaweed. I survived with a cut toe and one of my but cheeks scratched, so yeah me!

Well, it was indeed a lovely time, but I wish I had stayed longer. I’d have loved to visit Valencia and Alicante, but my days were limited.

Have you been to Benidorm before? Any other destinations in South of Spain you’d recommend?

P.S. The photos were mostly shot with my Iphone, as I didn’t want to risk to take my Canon to the sand.