A month ago I was preparing my first trip to Italy, more exactly Florence, as you have probably read on my blog. Low cost flights from London land on Pisa, and that was exactly what I did. It is really easy to get to Florence from Pisa. You can take a bus or the train. I took the train – there’s is a shuttle that will take you from the airport to the train station in a matter of minutes – called PisaMover – and the train to Florence takes only about 45 minutes! 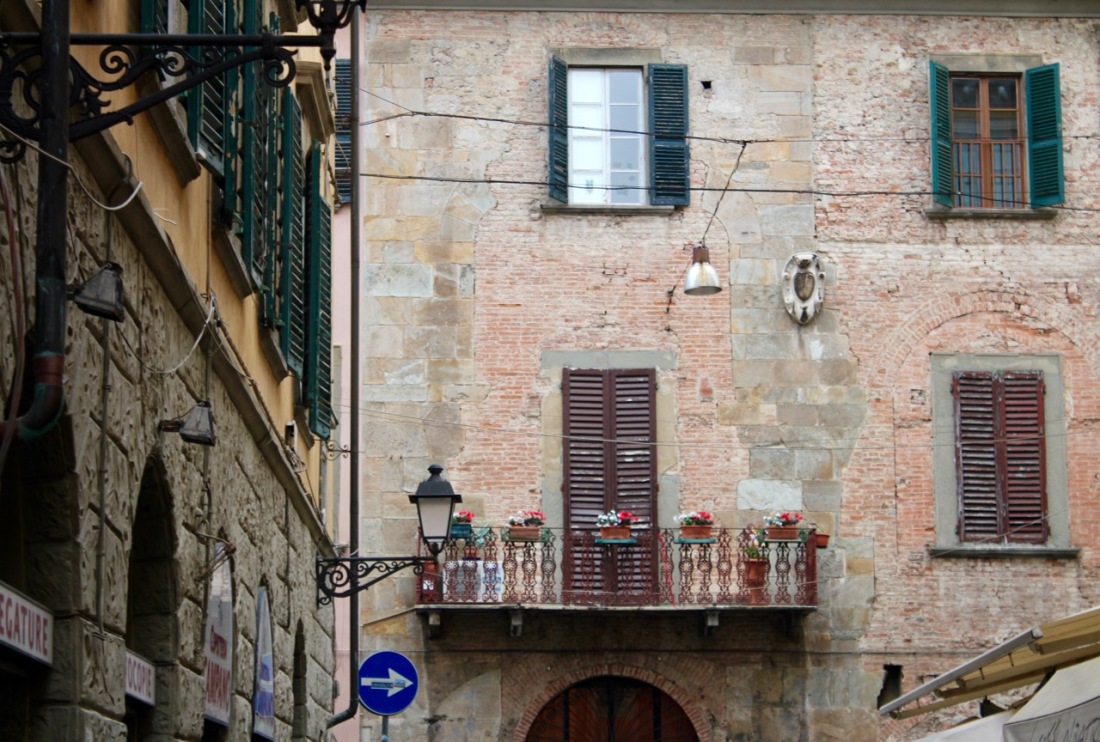 Even though my main focus was to visit Florence, I couldn’t be in Pisa and not see the famous leaning Tower of Pisa! I mean it’s basically a worldwide symbol that shouts Italy for anyone who sees it! We all have seen the cheesy and cliché touristic photo of people pretending to be holding the tower… but you know what’s even more fun? To see it in person. Not the Tower but the people trying their best to take the picture that show the world how original they are, even though other hundred are trying to do the same, and even staying in their pic :’)

I arrived in Pisa on Friday evening, the day before my flight, and I was so tired I decided to leave it for next day to visit the main monuments. My flight was only later in the afternoon, and I would have plenty of time to walk around. 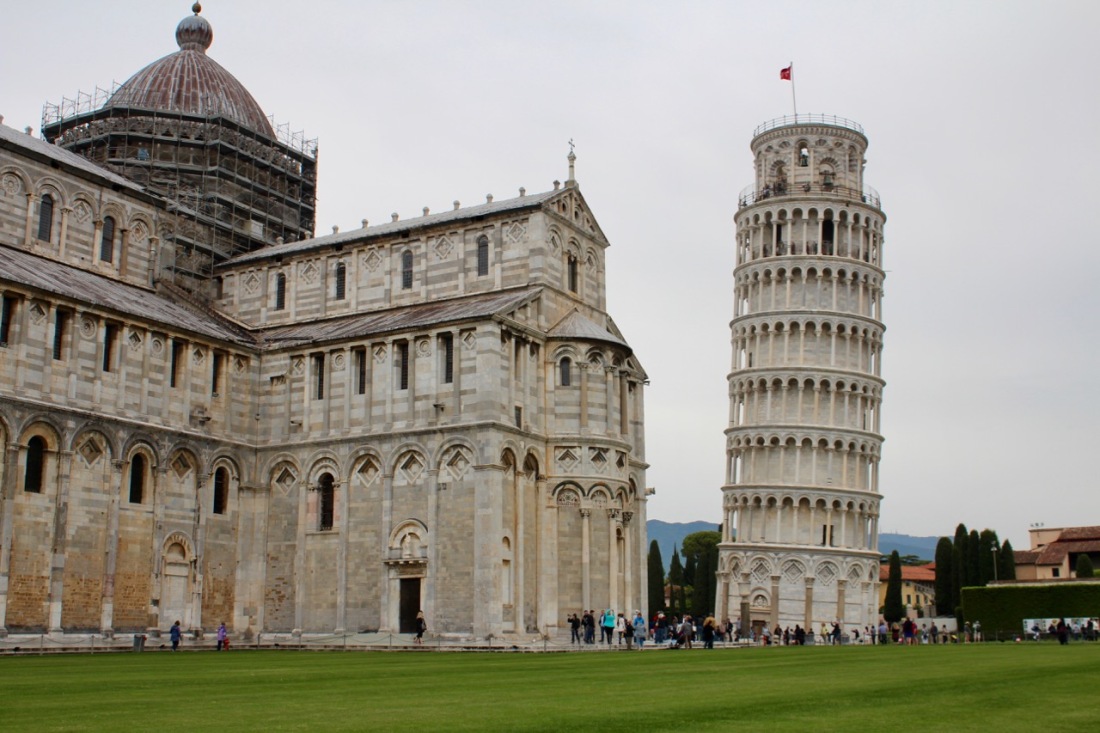 Since I was not only landing on Pisa, but also flying back from there, I decided to spend my last night in this small town. And yes, it is really small. On my way to the hostel I could only think about my own hometown, perhaps because even the houses, its architecture is so similar to Portugal. Streets were narrow and colorful, with that old time charm. Despite the rain and cloudy weather, they seem to have their own sunshine. 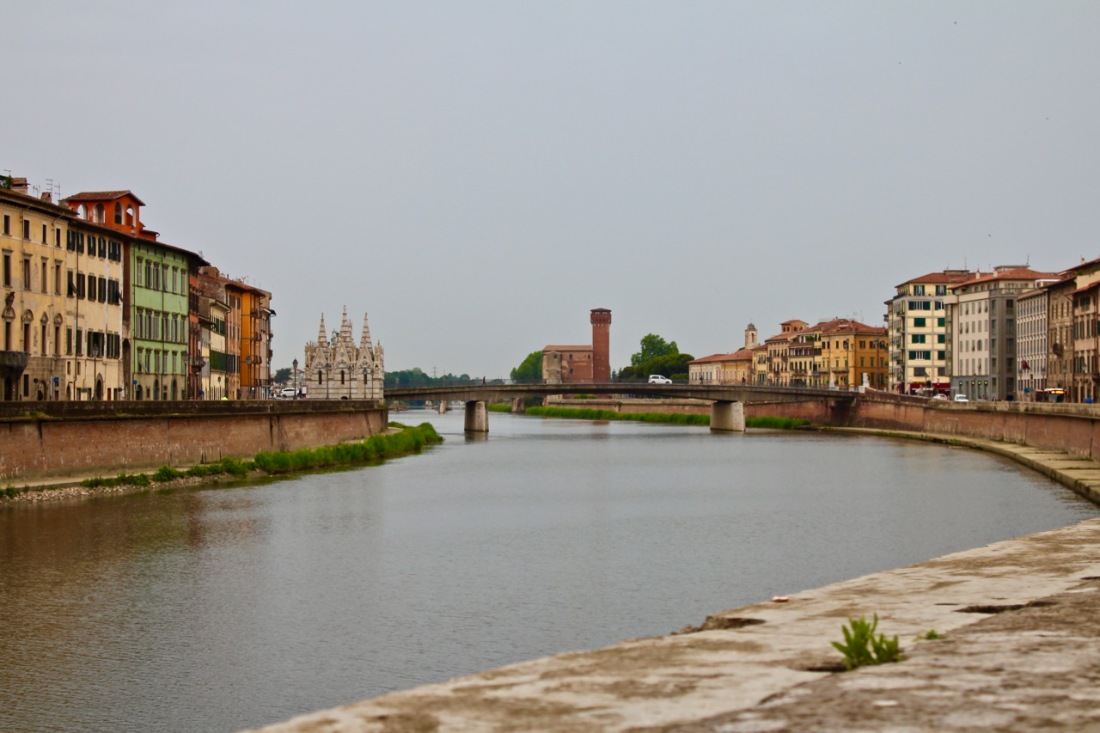 I really like to be by the water, for some reason, either near the ocean or by the riverside. They give us a sense of purpose, like there is somewhere to go. The river never stops flowing, am I right? And riversides are usually  within the best views, and also the best photographs.

I did have plenty of time, too much time actually. The town is small and adorable, but there’s not much to see. the funny thing was when I was approaching the leaning tower, I swear it seems made of paper, like if I was walking towards a fake scenario. And when I actually saw it, my first thought was “ooh it’s adorable, so cute!”. Not what I was expecting. It is much smaller than what I was expecting, like elfish kid of a bigger towers, that has decided to prank everybody. 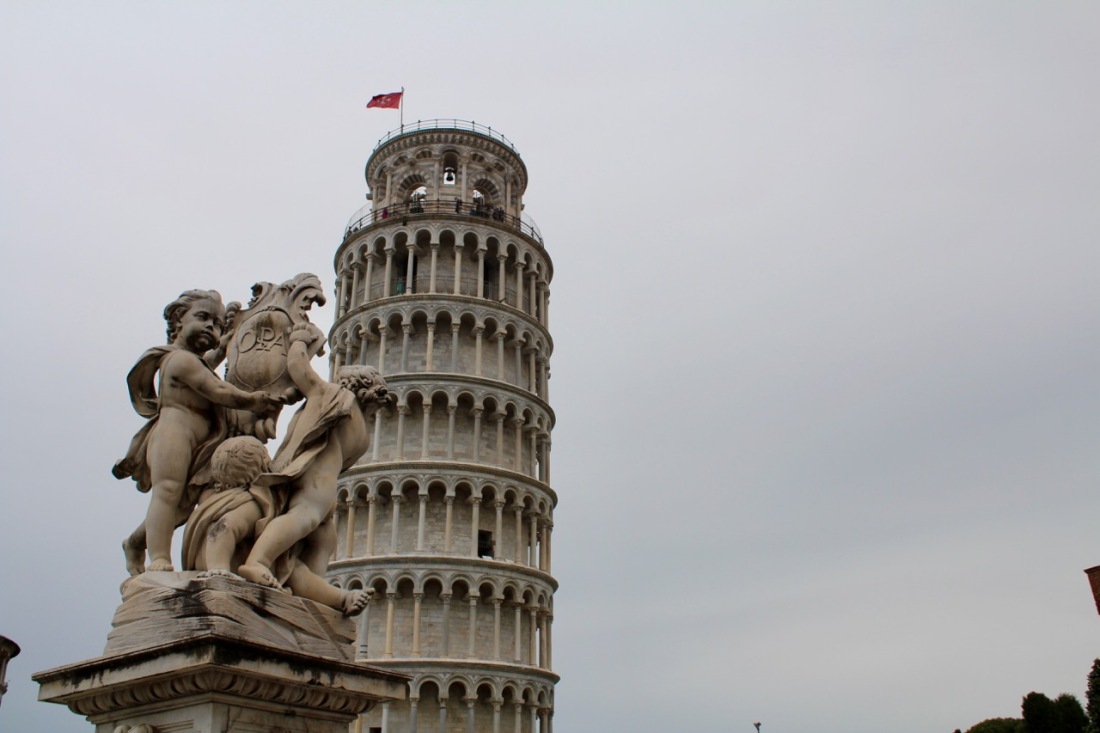 Since I had time, I tried to walk slowly, and was able to admire the architectural details of the buildings. But this was before the weather getting really, really bad. What was initially just a light shower, became heavy rain, the sort that once starts pouring down, you know it won’t stop. I had to protect my camera, and then I ended up realising I had to protect myself as well. Getting sick wasn’t an option when you have to get back to work as fresh as a lettuce. so I had to say a early goodbye to Pisa and head towards the airport, where I finished reading my book in the long hours of waiting for my flight (sitting on the floor, the small airport was crowded). But, I was happy. Another adventure, something else to tick off my bucket list!

Good to know that if you are looking for gifts to bring home, Pisa is the place where you can buy souvenirs from Italy much cheaper than in Florence.

Hope you enjoyed my photographs!