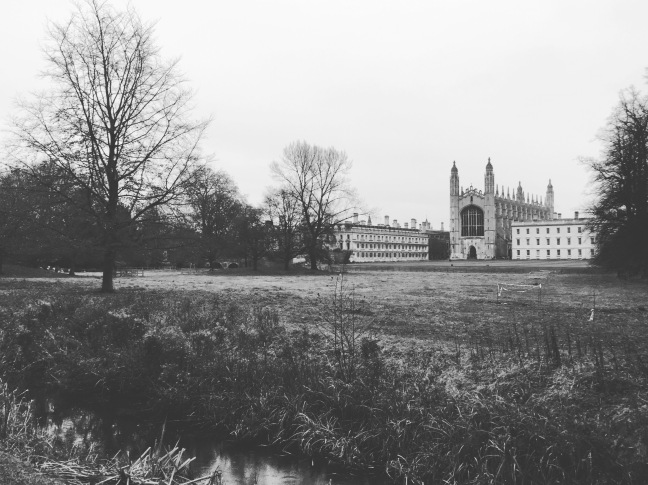 My small trip to Cambridge is also a very short story: it rained heavily all day and most colleges were closed because Christmas carols were being recorded by BBC. So we were really, really unlucky. I couldn’t even take my camera off my bag, so all the photos were taken with my iphone and, because the weather was really crappy, they also look awful.

I do want to go back, perhaps choosing a season where the odds of good weather are slightly higher and when there isn’t any festivity as big such as Christmas (now that I come to think about it, it really wasn’t a good idea. Do not go to Cambridge in December!).

Cambridge is one of those student dreams that only lived in my mind and not even dared to materialise into a plan. I wouldn’t even say it was a dream. More like an idea that I always knew it would be impossible: I am not english, not raised in this country, impossible to afford university fees and cost of living in England. Plus, you have to be a GENIUS. And, I am not.

Cambridge, like any university town, is snobbish and majestic. The walls shout at you about knowledge and the thought that great academics, great scientists, great thinkers, have stepped the same grounds was exhilarating and intimidating at the same time. And if you watched the amazing movie The Theory of Everything you will be faced with deja vus 🙂 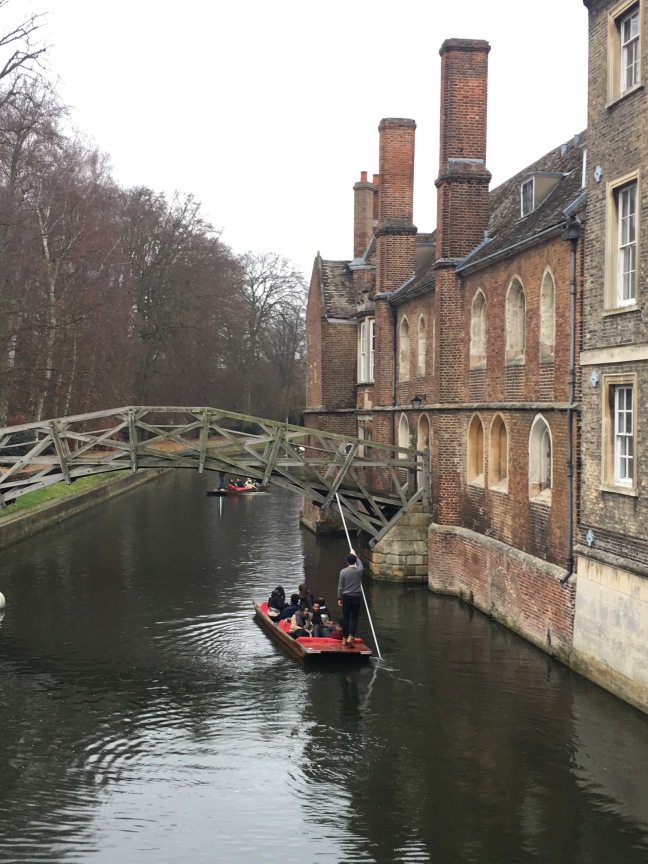