Going to a Kusama’s exhibition is an experience in which many are eager to participate in, and I wasn’t an exception. More than experience the mirrored rooms, it also means queuing for hours to get a few seconds inside these famous rooms.

I waited for one hour and half. I starved a bit because stupidly I forgot to take some snacks with me, and even water. It was a hot day in London. And because I was on my own, I basically got tired of scrolling in all my social media applications (believe me, nothing new/interesting happens before 1 PM, specially if you keep opening your apps again and again).

When inside, surprise, surprise…more queuing. And you’re only allowed to be inside the rooms for about 45 seconds, so take your picture quickly and enjoy the remain seconds by looking at what is surrounding you.

The mirrored rooms are just amazed. The experience of infinite champs of pumpkins or even of being lost in a parallel universe reminded me of Interstellar tesseract’s scene, when Cooper is sending a morse message to  Murph. Nothing like that. Just mirrors, mirroring themselves, creating a beautiful illusion. 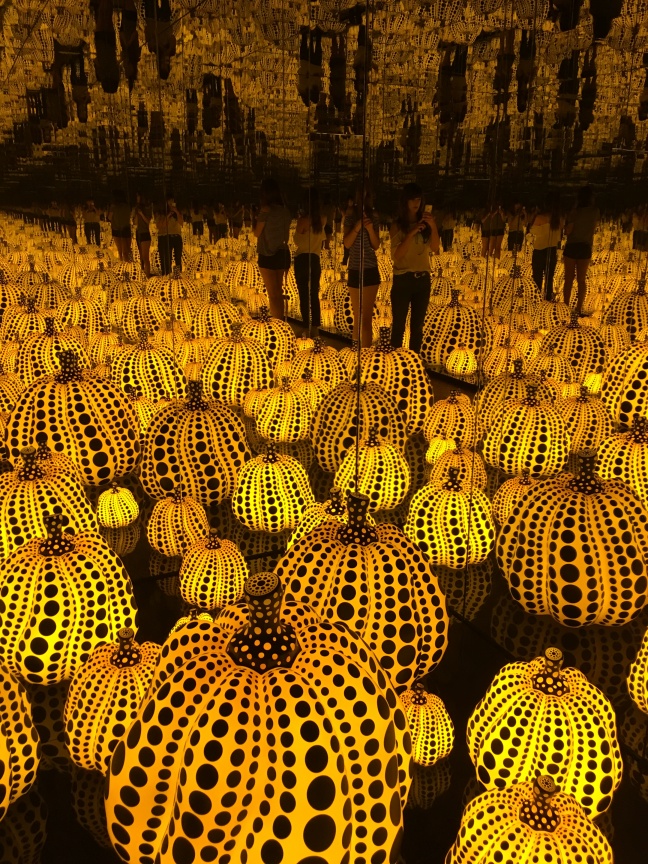 However, even knowing that is nothing more than an illusion, for a second I believed those rooms were like a parallel universe, a magical one, where everything real was part of a different life.

But then it got me thinking of how unrealistic is our reality. If you think about it, everyone’s reality is different from anybody else’s. Because we all perceive things differently, we all construct the world in different ways. So what is indeed real and what isn’t? Can we actually define anything as being “real”?